After visiting Little Solsbury Hill, we continued on to Cardiff (Caerdydd), Wales (Cymru), where we stayed with some friends of ours who had recently moved back to Wales after a number years in New Zealand. We spoke about transitions, about what “home” means, and about working to transform the health care system. They graciously let us stay at their cottage in Pembrokeshire (Sir Benfro) and we drove out to Pembrokeshire Coast National Park (Parc Cenedlaethol Arfordir Penfro).

First, however, we stopped in the town of Neath (Castell-nedd), which is where my Great Grandfather, Iorworth Roberts was born. He immigrated with his family to the USA when he was about four years old. A wrong turn and we ended up at Neath Abbey (Abaty Nedd), so we got out and looked around. The abbey was established in 1129 CE, disestablished in 1539 by Henry VIII, it thence became an estate and in the 1700s was used for copper smelting. It is now a ruins. 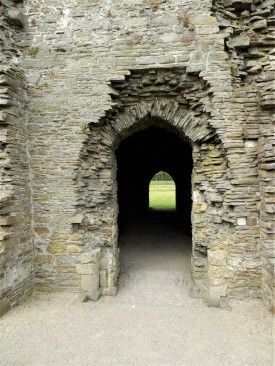 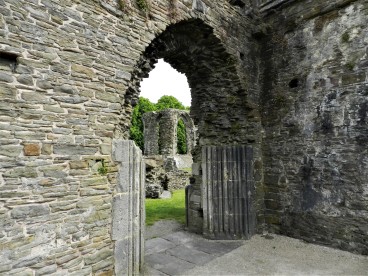 We then proceeded to the city where we had brunch, walked around and saw the ruins of Castell Nedd (Neath Castle).

We carried on to the cottage and I took a little drive around through Broad Haven (Aber Llydan) and Little Haven (which had the most hair-raising intersection – a narrow, blind T-intersection on a hill with a manual transmission). A lot of the driving was challenging – rather than a proper two lane road, I got to calling the roads 1.5 lanes, or 1.25 lanes, sometimes one lane, and sometimes it even felt like I was driving on a 0.75 lane road! I do recommend being very cautious on these roads. There are periodically little widenings in the road and if you meet an oncoming car, one or the other of you has to back up until you can pull slightly off the road to let the other car pass. I took a little walk along the cliffs, got some groceries and headed back to the cottage. The grounds had a beautiful mural of a badger on the side of one of the buildings. 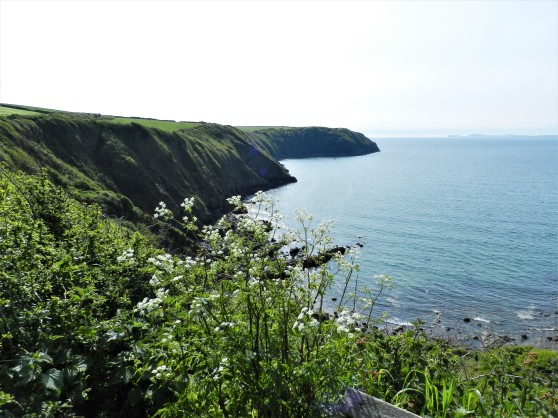 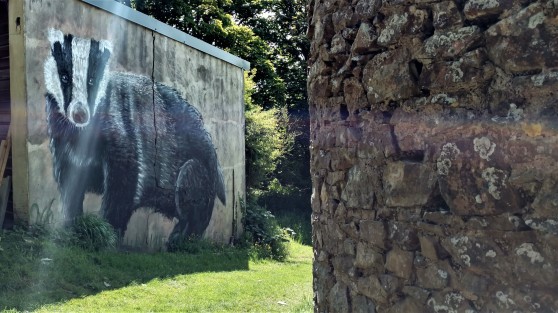 The next day I headed up to the city of St. David’s. St David (Welsh: Dewi Sant) is the patron saint of Wales and lived c. 500-589 CE. He is often portrayed with a white dove on his shoulder and founded a number of monasteries and churches.

Legend has it that St. David was born during a great storm on the coast at a site which now contains the ruins of the Chapel of St. Non, which was built on a pre-Christian site, in the centre of a circle of standing stones. A holy well is located to the east of the ruins.

The Chapel of Our Lady and St. Non was built nearby in 1934. When I was buying some chocolates in St. David’s city, in the course of the conversation I mentioned to the shopkeeper that my name is David and that I have Welsh heritage. She looked deeply into me and said, “You have to go to the Chapel of St. Non, it is a very spiritual site. You have to go there.” I was already planning to and it was a beautiful walk from the city to the coast and well worth it. 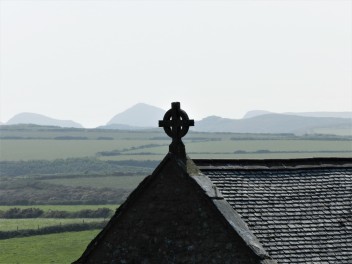 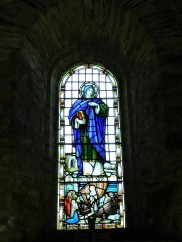 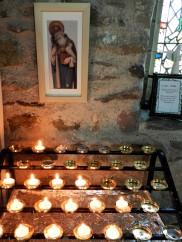 In the 6th century CE, Dewi Sant founded a community near the place of his birth. It was sacked by Vikings a number of times over the years. Construction of St. David’s Cathedral began in 1181 and it is still a functioning cathedral. 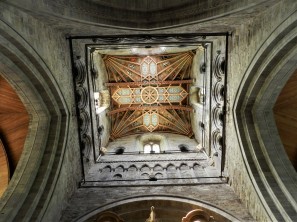 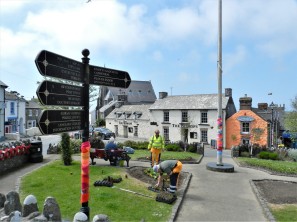 One of the reasons I wanted to visit St. David’s is that I have been working on my family tree and genetic heritage. I found a branch of the family tree that goes back to Rhys ap Gruffydd (1132-1197), leader of the Welsh kingdom of Deheubarth. He fought a long war with the English. He was defeated and imprisoned by Henry II, eventually released and won back his land. He maintained peaceful relations with Henry II after that, but went on the offensive and captured a number of Norman castles in a war against Richard I. Rhys ap Gruffydd is buried at St. David’s Cathedral and there is an effigy of him there. My sister thinks there is some family resemblance, particularly when I pull up my hoodie!

I drove out to Whitesands Bay (Porth Mawr) and hiked along the coast to St. Davids Head (Penmaen Dewi), a finger of cliffs that divides the Irish Sea (Môr Iwerddon) to the north from the Celtic Sea (Y Môr Celtaidd) to the south. This was a beautiful walk out to a site of a series of stone circles which were possibly the foundations of Iron Age buildings. There are also Neolithic structures, such as Coetan Arthur (Arthur’s Quoit) burial chamber which dates back to 3000 BCE. (I unfortunately didn’t realize how close I was to Coetan Arthur and did not see it and had to make my way back to meet my wife for dinner, I spent a lot of time sitting in the stone circles and climbing about on the rocks above them).

We had a lovely dinner at Druidstone Hotel and had magical views of the sunset from the cliff, our last night in Wales…