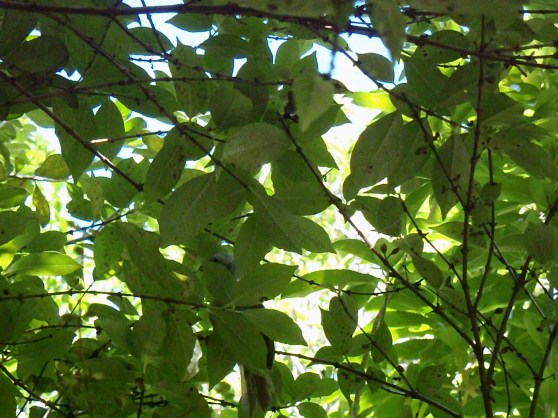 One of my fears has been to be in a situation in which someone says, “Is there a doctor in the house?” My fear is that I will be the only medically trained person and that I will have to face embarrassment (or worse) as I find myself in a situation that I am not prepared to handle as a psychiatrist attempting to face a medical emergency.

Well, I recently faced this fear.

My parents visited recently and we went out to Tiritiri Matangi, an island in the Haurakai Gulf outside of Auckland that has been established as a bird sanctuary. We were in the gift shop when a tour guide came running in and said, “There has been an accident.” I tried to listen as he spoke in hushed tones to one of the managers of place. I stood there, wondering if I should speak up or listen more. The manager came up to me and said, “We need a doctor,” to which I said, “I am a doctor, well a psychiatrist, it has been awhile since all the blood stuff, but I’ll help if I can.” Actually, I can’t remember how much of that I thought and how much of it I said.

It turns out that she then remembered me from a conversation we had when I had been out to the island the first time about 6 months ago. We raced off in a truck and then walked a little way down a path. There an older woman was lying flat on her back where she had fallen backwards and landed, full force, on the wooden walkway. Mostly, I just talked with her and held her hand. She could move all her extremities, she had feeling in her hands and feet. She did have a burning pain along her cervical and thoracic spine and she had tried to turn her head earlier and that made the pain worse. As I said, I mostly just talked with her, encouraged her to stay calm, distracted her at times from her pain with humor or questions about her family, and stayed with her while the rest of the staff on the island arranged for a helicopter to come out with paramedics.

After about 20-30 minutes (hard to judge time in these situations), we heard the helicopter circling. I assumed that a staff member would go up to a place that seemed like a good landing site up the hill, but that turned out not to be the case (learning point if I am ever in another helicopter evacuation situation). Instead, the helicopter kept circling looking for us. Some of the staff shouted, waved things in the air, but we were sheltered under small trees. Eventually, one of the staff climbed up a tree and got the helicopter pilot’s attention. I still kept thinking they would land up the hill and walk down, as that was the plan that the staff had discussed. Instead, the helicopter seemed like it was going to land right on us! The sound got louder and louder and the wind started to pick up with dirt and leaves blowing everywhere. I just tried to keep the woman’s face covered as she couldn’t really move to do that herself. This seemed to go on forever, this buffeting wind and noise of the copter right above us. Eventually, I glanced up to see that a paramedic was rappelling down a rope to us. It was a relief for him to get there and I watched attentively as he took her blood pressure, gently checked her neck and head and then put an immobilization collar on her. Each of us took a shoulder, hip or leg and gently lifted her up and another person slid a stretcher under her. We then carried her up to where the helicopter had landed up the hill. They drove me down to the dock and I joined my parents on the ferry which was just about to depart to head back to Auckland.

The strange thing is that I felt really good about the whole thing. I really felt that the woman would be fine and the paramedic had said the same thing, that he was just immobilizing her to be cautious and on the safe side. I felt that my medical, and really even more, my psychiatric training had prepared me to just be with her and to recommend she stay still until more intensive medical help arrived. I felt like I had really helped another person in a difficult situation.

Since moving to New Zealand, I have really often wondered, “what the heck am I doing here?” Also, “are all my efforts and energy really helping anyone? And sometimes, I have even wondered, “Is the way I am responding to people and systems issues in this new country not just making not things better, but am I even making them worse?” Somehow, helping this person seemed to give me an inner sense of certainty and a conviction that I can help people and that is a worthwhile thing to do. Even if I am not sure about my own life, my own direction, I can still be with someone to provide comfort when they are in pain and suffering. I helped and I was helped in the same situation.

Oddly enough, my own back had gone out a week before this incident and I had gone to the chiropractor. It went out again, to the point that I even missed work the past couple days and I have made several trips to the chiropractor and my awesome massage therapist. Since coming to New Zealand, I have had back problems, multiple types of skin problems, knee and hip problems, ear problems, lots of stress, sleep problems, and probably some other things that I am forgetting. At my most bleak, I find myself thinking, “That is it, I am falling apart, I am getting old, I will never be healthy again.” At my best, I think, “this is all a big, physical adjustment to moving to another country and my body is trying to re-equilibrate to this new land and to living in the Southern hemisphere.”

I am starting my new job tomorrow, Monday, and will be working part-time between my new job and part-time at my old job for about a 6 week transition. This is another big change going on in my life. I feel like I need to let go of everything I have been trying to carry at my old job, I guess that is how I look at these back issues and the timing of them where I had to take off part of my last full week at my old job. I have been trying to figure out how quickly to let go of certain things that I have taken on at the old job and having these physical issues has made it pretty clear that I need to stop carrying them around sooner rather than later.

All these physical issues have brought up this other fear, “what if my body doesn’t heal?” This, in turn, compounds my bigger existential questions I keep asking myself, “What am I doing here? What is my purpose? Am I doing any good? Am I causing harm? Am I making things worse?” All these physical problems are forcing me back to basics, trying to be patient and compassionate toward myself during this challenging transition.

Moving to a different country, even one as similar as going from the States to New Zealand, breaks all the old social support and even, I have found, has broken many of the social cues that I used to get feedback about how I was doing in my job. I have realized that this was a fear that I didn’t realize I would be stirring up in coming here, “what if I cannot do a good job?” I have been reminded of how I felt during medical school, where, as students, we were tossed in to new specialties and hospitals every few month or so and there was this constant learning curve of trying to figure out what my job was, how to do it, and if I was doing it well. I hadn’t felt this feeling and its attendant fears for some time. I had gotten to the point in my professional career where I felt pretty confident in my own abilities. Sure, I knew that I always went through a period of feeling “de-skilled” when I moved to a new job and tried to figure out how things worked and how to adapt to a new system that had different ways of doing day to day things, but I knew this gradually would ease over about 6 months at the job. But, here, in New Zealand, I have experienced this at a much deeper level as I have re-evaluated even my basic personality, my cultural assumptions (some of which I wasn’t even aware of), my philosophy of psychiatry, and my day to day functioning in the job. At times I have been able to fall back and find strength and certainty in myself, but other times I have fallen back and found rickety structures that did not seem to provide support, or worse, my old nightmare fear of losing my grip and falling and not being able to find internal or external support.

In my professional work, I am frequently telling people to face their fears and I know, intellectually that fears only get stronger the more one avoids facing them. My experience of moving to another country has, at times, really tested my intellectual commitment to facing fear. It is hard work. I am hopeful after having faced this fear of being the only doctor in the house. I am also very hopeful about moving to this new job. It really is a challenging task to restructure internally and externally to create new life in which I feel like I fit, that I am relevant, and that is a good balance of meaningful work, light-hearted play, and is filled with good friends.

I remember a quote of Philip K. Dick, that I’ll paraphrase as, “How can you become that which you are not? By doing that which you would never do.” I suppose this relates to facing fear. 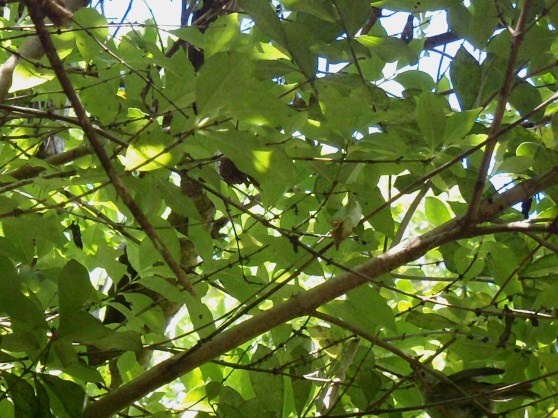