In moving to a different culture, one encounters many things, some familiar, some similar, some different, and some exotic. To orient oneself, there is a natural tendency to like what is familiar and to dislike what is unfamiliar. Even in a state of adaptation to a culture, under stress, one reverts to learned behaviours. For instance, if you grew up driving on the right side of the road and are learning to drive on the left side of the road, and you hit some panic or disorientation, there is a tremendous drive to go back to what is familiar and over-learned, the right side of the road. This orienting reflex is similar to what Laurence Gonzales writes about in his book, Deep Survival, when he describes the human tendency to respond to the known, even when one realizes that one is in an unknown situation. In a life and death situation, responding as if the unknown situation is known can be a fatal mistake. What Gonzales describes could be seen as an example of the orientation reflex, an attempt to apply a mismatched response to a situation that is causing disorientation. The stronger the sense of disorientation, the stronger the orientation reflex.

The orientation reflex could be seen as a form of psychological defense, although I am not sure that really does it justice. A defense is a fixed psychological state in response to a challenge or stress from the environment. There are differences in opinion as to whether a defense is always a distorted reaction or whether it was perhaps a valid reaction at one point, but is now no longer valid because it is out of date, from an earlier time in life, and therefore immature when compared to one’s present abilities. Either way, the orientation reflex is a mismatch between the current environment and the over-learned behaviour. The question is how to resolve the mismatch or whether to live with it.

In life and death situations, like Gonzales describes in his book, the orientation reflex can lead to death. Similarly, in trying to drive on the left side of the road, the orientation reflex could get you into a lot of trouble and maybe even get you killed. The challenging question arises in situations that are not life and death, but rather socio-cultural interactions between individuals with different over-learned behaviours or different orientation reflexes. At a certain point, if you are living in a different culture, you end up hitting a place where your sense of self and your orientation reflexes come into conflict with the host culture you are living in. At this point, the question is do you change yourself, do you adapt to the new host culture. The vast majority of people will choose to adapt somewhat, but it is a spectrum and people may find that they are comfortable with different places along the spectrum.

One simple way that a person can respond to a new culture is to break down everything that is not familiar into the categories of Better, Different, or Worse. In a very real sense, everything that is not familiar in a new culture is Different. (Of course, even some of the things that seem similar could turn out to be different and this could be some of the most disorienting cultural interactions). Some of the things that are Different, may then be judged to be either Better or Worse. If someone voluntarily moves to another culture, there must have been at least some aspects of that culture that were thought to be Better than the culture being left. Even if one claims to just be seeking Different, I would guess that there is still a drive to find Different Better.

It may seem to not be politically correct to say that another culture is Better or Worse than another. I for one, do not believe that statement to be true. Part of being Different means that some things may just be plain Different (driving on the left vs. driving on the right), whereas other things may be Better or Worse. Even to go back to the old dimension of cultures being somewhere on the spectrum between Individualist and Collectivist will mean that certain cultures have more individualist strengths (such as a strong sense of self separate from the collective) and others will have more collectivist strengths (such as strong in-group and family bonds). A culture in which bribery is common could be said to be Worse – in that dimension – than a culture that does not have bribery.

In looking at cultures as having different strengths and weaknesses, different values and preferences, it follows that certain cultures will have different things that they do Better or Worse than others. Admittedly, to say that something is Better or Worse is to make a judgment from an outside perspective. Someone who grew up in a culture in which bribery is the way to get things done may very well think that is the best way to get things done, from a moral relativist position, it can be difficult to make any judgment of anyone or anything at all. However, there are certain elements of mutually agreed upon realities. Most of the people of the world would probably agree that torture, deceit, unfairness, cruelty, and discrimination are Worse than the opposite, or at least the attempts to have the opposites of those qualities.

On one level, there is this universal level where most people would consider something Better or Worse. Are these stereotypes or do stereotypes have an element of truth to them. Are the French Better cooks and the Germans Better engineers? Is it true that French culture places a higher value on good food and good living and German culture places a higher value on structure and order? Is it true or false that American culture is Better at some things and Worse at others?

Lately, I have found myself using this heuristic of breaking down challenging cultural situations into the Better, Different, Worse framework. I try to always remind myself that the reason something is disorienting is that it is Different. I hold off judgment as to whether something is Better or Worse until I have been able to have a series of situations in order to see some kind of larger pattern. Even once I decide that something is Better or Worse, I realize that this is still relative to me and my values and I try to see how what seems worse could be the weakness of a strength in another dimension. For instance, it would be difficult to have both very individualistic and collectivistic strengths in the same culture.

I am still working out patterns in New Zealand culture and how these are Different than patterns in US culture. While I have the luxury of taking an anthropological approach in certain areas, in my job, I have to function as a professional in a system that may very well have different concepts of what is professional and ethical behaviour. I face the dilemma of having to rapidly decide in what ways to adapt to the culture and in what ways to hold to my professional orienting reflexes. This is quite a challenge.

Here are a few more photos from Miranda, the Firth of Thames, and Coromandel Pennisula across the firth. 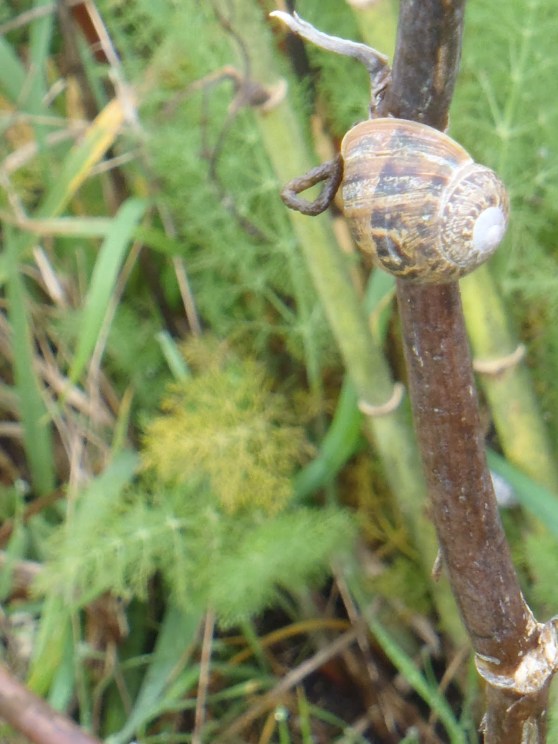 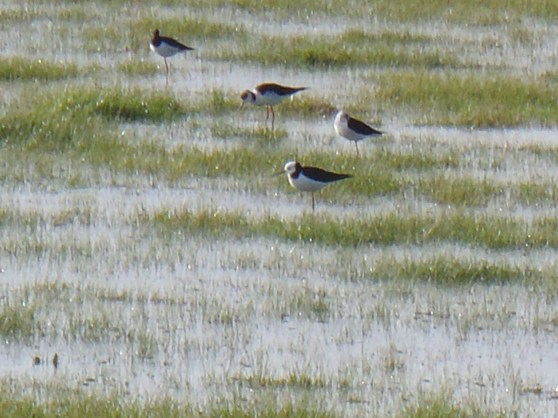 Ok, I realize I these last few posts are pretty sloppy, but I am getting behind in putting up some photos. I have some thoughts to put down about living and working in another country and culture, but they will have to wait.

Here are some photos from a trip we took to the Miranda Shorebird Centre. It is about an hour drive from Auckland. It is across the Firth of Thames from Coromandel Penninsula. The area is apparently one of only a few in the world that is called a Chenier Plain. Over time, heaps of shells are washed up on the beach, the heaps get so high that they eventually cut off pools of water from the ocean. These pools fill with silt and eventually become swampy land. Over time, more and more of these heaps of shells build up, creating a series of shell hills with intervening silt flats. Mangroves grow in these areas. The best views of birds we had was in a flooded farmer’s field, rather than at the centre. 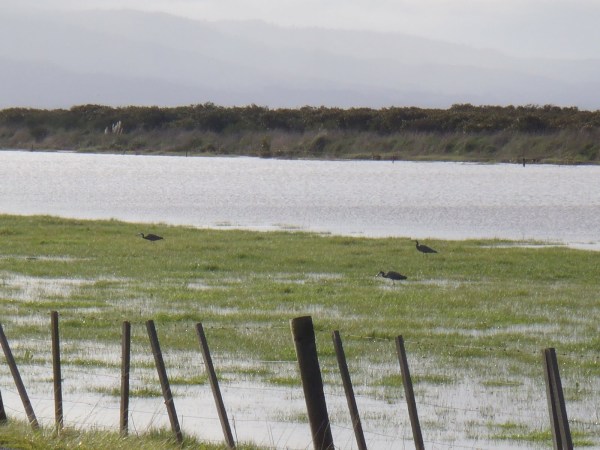 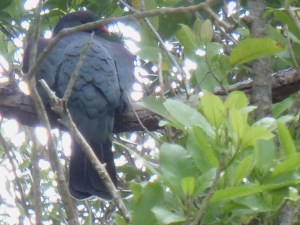 Here are some more photos from Tiritiri Matangi, worth about 5000 words. 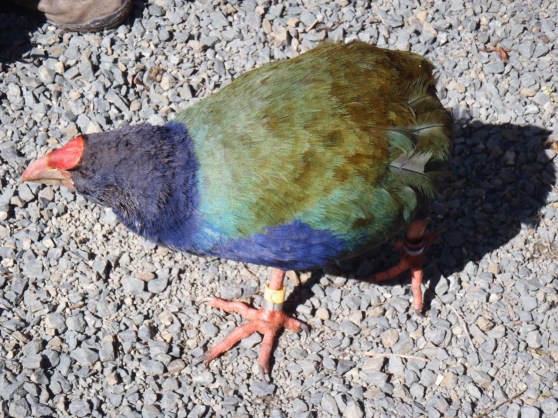 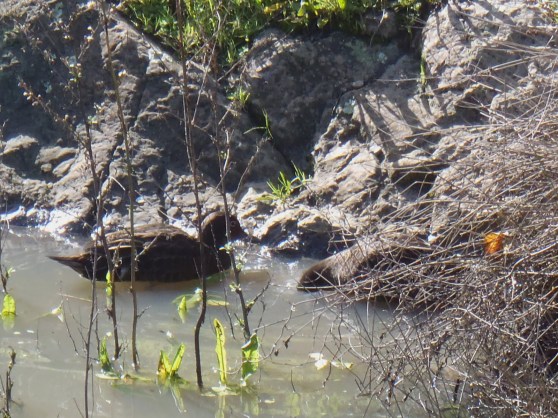 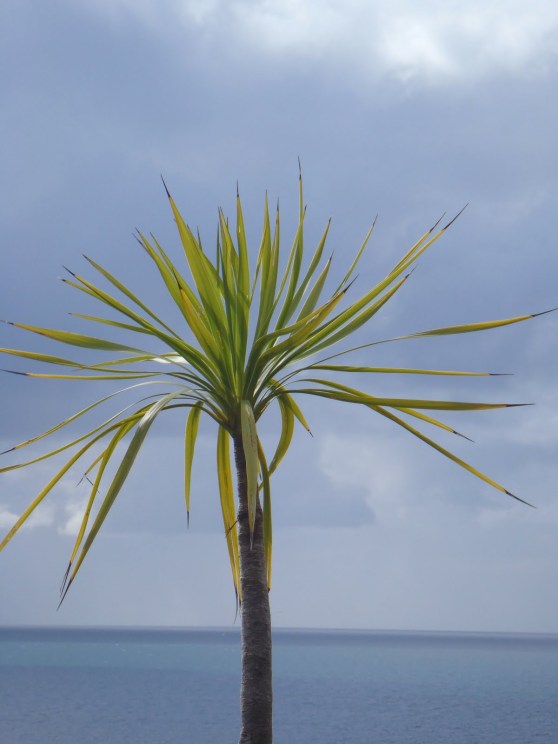 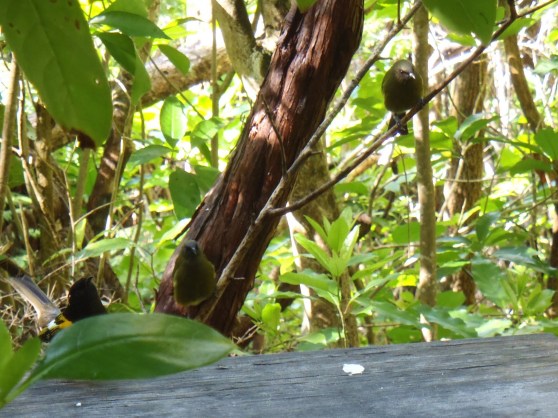 Mary Pat and I went out to Tiritiri Matangi Island this weekend. It was about an hour long boat trip out to the island. It is a scientific reserve and allows up to 150 visitors a day to tour the re-established ecosystem. It was a farm up until about the 1970s and then was bought out by the NZ goverment. The non-native species were trapped and native flora and birds were gradually introduced. It is really an amazing place and is amazingly beautiful. Here are a few photos:

After 4 weeks in Auckland, we finally made a short trip away from the city. Driving here still requires a lot of extra concentration to stay on the “correct” side of the road. We did take a trip to Maraetai, but it completely wiped us out, both driver and navigator!

Today we went up to Kauri Park, near Warkworth, about 60 km North of Auckland. Aside from the daily natural beauty of the ocean, we haven’t really gotten out into any forest. Kauri Park has two very large Kauri trees and a short forest walk through some amazing forest (bush, as they call it here). There were magnificent ferns and foliage. We heard some unusual birds, but didn’t catch a glimpse of them. We also heard some cows at some point, which seemed strange given the really rain forest-like feel of the ecosystem. We did see quite a few Pukeko birds on the drive, but I still haven’t gotten a photo of one, yet. The walk was very invigorating, not very demanding, just a really nice introduction to the native plants.

Tomorrow will be the start of my third week at work. There is so much to say about that, but I’ll just post some photos from the day for now.