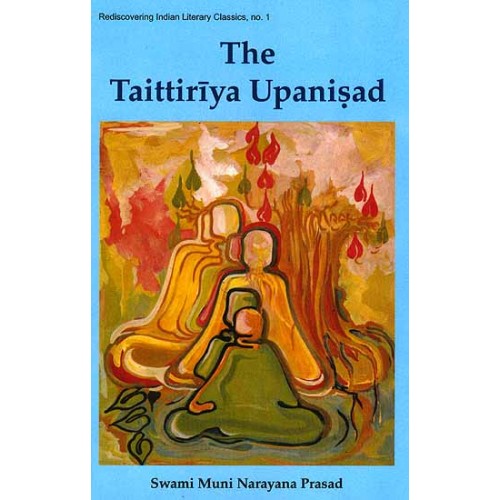 This short book follows the course of the Taittirīya Upaniṣad with commentaries by Swami Muni Narayana Prasad. The reading requires a moderate degree of concentration and has technical Sanskrit terms that are well-defined (and includes a 12-page glossary). A major theme in this, as in many Upaniṣads, is that the seat of the Divine is within the heart of the human being. The concept and experience of human-Divine Oneness leads to a very practical and much-needed change in our current world culture in which separateness and division lead to war, suffering, and discrimination.

The book is part of the Rediscovering Indian Literary Classics series published by D.K. Printworld out of New Delhi, India. This series is reasonably priced and attractive, with some of the larger editions in hardcover (as is this one, at 200+ pages). They include the original Sanskrit text, the Romanized transliteration, and the English translation. The Taittirīya Upaniṣad is the 16th in the series. The translator of this ancient text is Swami Muni Narayana Prasad, who is of the lineage of Nataraja Guru and Narayana Guru.

The Upaniṣads (which Swami defines as “secret wisdom,” 25) consistence of 108 texts. Ten are considered “major” or “principle” (Mukhya)   Upaniṣads, which includes the Taittirīya. There is a Wikipedia page (“Muktikā” meaning “deliverance”) that lists all 108 texts. They were written across the centuries, dating back as far as 6th century BCE, and as recent as 15th century CE.

“Indian spiritual tradition is a great banyan tree…the Upaniṣads are the flowers having the fragrance and beauty of the philosophy of non-dualism, blossomed on the vast banyan tree of the Vedas which in turn are enlaced by the complexities of rituals. The Taittirīya Upaniṣad is one of the best among such flowers.” 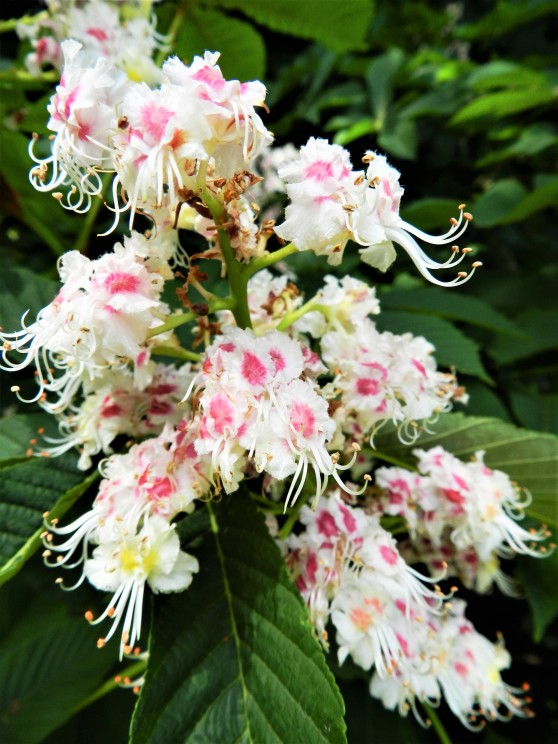 Swami describes the text of the Taittirīya Upaniṣad which is in three chapters. The first chapter has two parts: the first part focuses on śikṣā (“the art of correct chanting of Vedic hymns with proper intonation”) and the second part includes instruction for a disciple leaving gurukula education (a period of time living with the guru). These instructions are “meant for leading an ideal worldly life, show clearly that Brahmavidyā or Vedānta is not merely escapism. Rather it insists on making the life in this world perfect with the guidance of the wisdom of Vedānta,” (7-8). The second chapter focuses on Brahman “directly perceived by one in his own being, as the Self,” (8). This chapter follows a “gradual interiorization” which “begins from food and ends with ānanda (Bliss or Value),” (8). From a non-dual perspective, all nourishment is spiritual nourishment. The last chapter follows the seeker’s journey toward Brahman.

I will give a few highlights of the text from here on.

“One who knows Reality…sees himself or herself in everything and hence loves everything as one loves oneself,” (18).

In discussing the “science of pronunciation,” Swami describes the non-dual relationship between sound, meaning, and spirit:

“Knowledge, when expressed through language, has three basic elements: the uttered sound (śabda), its meaning (artha), and the mysterious power of a sound to contain a meaning as its own (śakti),” (21).

Rather than approaching material reality the way that Western science does – by a process of objectification and separation – this Upaniṣad teaches that all that manifests as diversity is, in reality, part of One non-dual Reality, which is a complementary and opposite approach to Western science taking everything apart into pieces. Swami reminds us of his guru’s guru, Nārāyana Guru’s prayers to Subraḥmanya [one of the names of Kartikeya, son of Śiva], “Please grant me the favour of the intimate merging of you and me,” (37).

One of my favourite parts of the Taittirīya Upaniṣad is the discussion of God being in the heart. This brings together the microcosm and the macrocosm in non-duality. The journey to the Ultimate is through the centre of one’s own heart. I am reminded of Abhishiktananda’s discussions of the guhā, the cave of the heart (Joseph Rael and I write on this topic in our forthcoming book, Becoming Medicine). The word “guhāyām” does appear in the text of the Taittirīya, translated as “secret cavern” in the phrase “the transcendental space within the secret cavern,” (84). Here is Swami’s description of finding the Truth (“AUM, mahaḥ, Brahman, ātman”) in the space within the heart:

“To make the placement easier to conceive, the Truth is called puruṣa (Person) in this section. The seat of that Person is within the heart. The heart here is not to be understood as the organ which pumps blood to all parts of the body. It is rather an imaginary locus of the psycho-physical entity of the individual. While the heart is the locus of the individual, space (ākāśa) is that which gives room for the universe to exist. Here the Person is described as seated in the universal space within the heart,” (49-50). 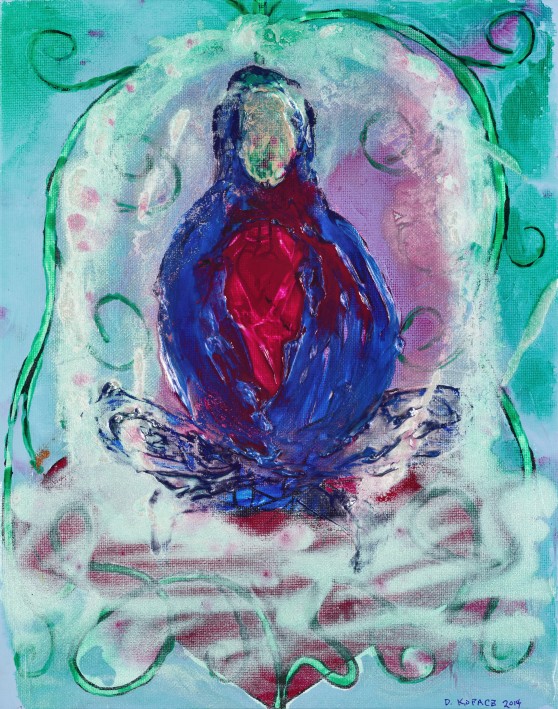 Swami unpacks nihitam guhāyām in a section entitled “Placed Within the Cavern,” which examines the non-duality of the individual and the Self that is found within the unitary centre of the heart.

“We could conveniently say that the Self is hidden in us. This hideout could be poetically imagined to be the darkness of a cave. Hence the Upaniṣadic ṛṣis, at the beginning of their inward search for the Self, imagine it as seated in the darkness of the cavern of every being. We can see the same imagery in the Kaṭha Upaniṣad (II-20) as well. Nārāyana Guru also, when he defines the Self, refers to its being in darkness. He says, ‘the Self is that which knows while sitting in darkness’.

It might sound strange that the consciousness that hides in darkness is bright. Moreover, what was thought to be inside turns out not to be inside. Really, it is neither inside nor outside. Truth subsists equally in what we call interior and exterior,” (93).

Swami tells us that education and experience in the ordinary view of the world lead us away from this place of the heart which contains the seat of the Divine, we thus “forget our real nature,” (68). Similar to my writings on re-humanisation in medicine, Swami tells us we must reconnect with our hearts in order to understand our real humanity.

“Thus we become alienated from ourselves through our educational process. The only remedy for this is to remoralize our education so as to make all the knowledge we accumulate an outgrowth of the main trunk of our real humanity. Knowing our real humanity means knowing the oneness of all humans, and seeing those we call ‘others’ as not different than ourselves. Living with a full awareness of this oneness makes us really human, and our life becomes peaceful,” (68).

The way to peace is through realizing that we are not only all interconnected, but we are all actually One. This oneness leads to compassion and peace. Thus, this esoteric, mystical doctrine of non-duality leads us back to our responsibility for each other, for humanity, and for the planet.