Sunset from the top of Sandia

I took a trip to Albuquerque, New Mexico last month, to do some work with my co-author, Joseph Rael (Beautiful Painted Arrow). My sister met us there and we did some photos and video in preparation for our upcoming book, Becoming Medicine: Pathways of Initiation into A Living Spirituality. I should be getting the final edit back any day now and will be taking one more review of it and then it will start getting formatted – it should be out in the first half of 2019. It is always a lot of fun working with Joseph and I am always learning new things and ancient things.

The area is very beautiful and my sister, Karen, and I took a couple trips, driving up the back side of Sandia Mountain and to Petroglyph National Monument. 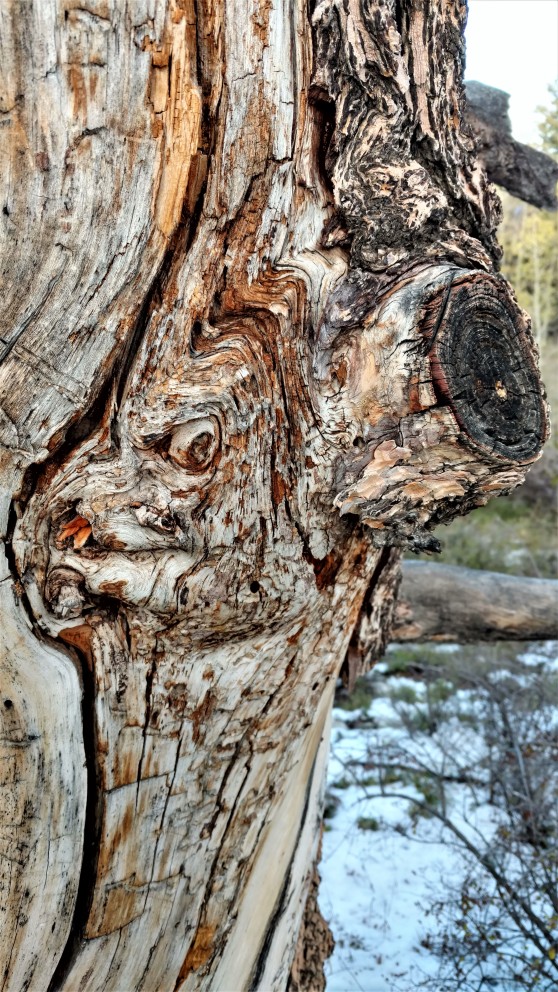 Tree Shape on top of Sandia, a little snow in the background

We got up to the top of Sandia with about an hour or so left of daylight and we saw an amazing sunset and beautiful views. 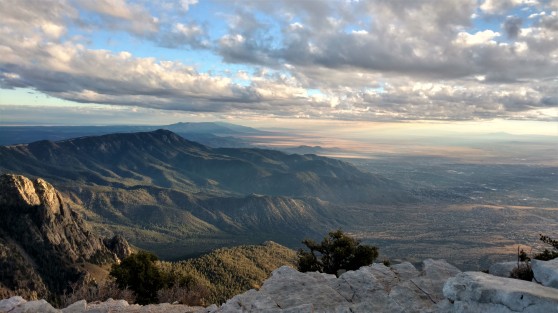 The next night we went to Petroglyph National Monument, again near sunset. 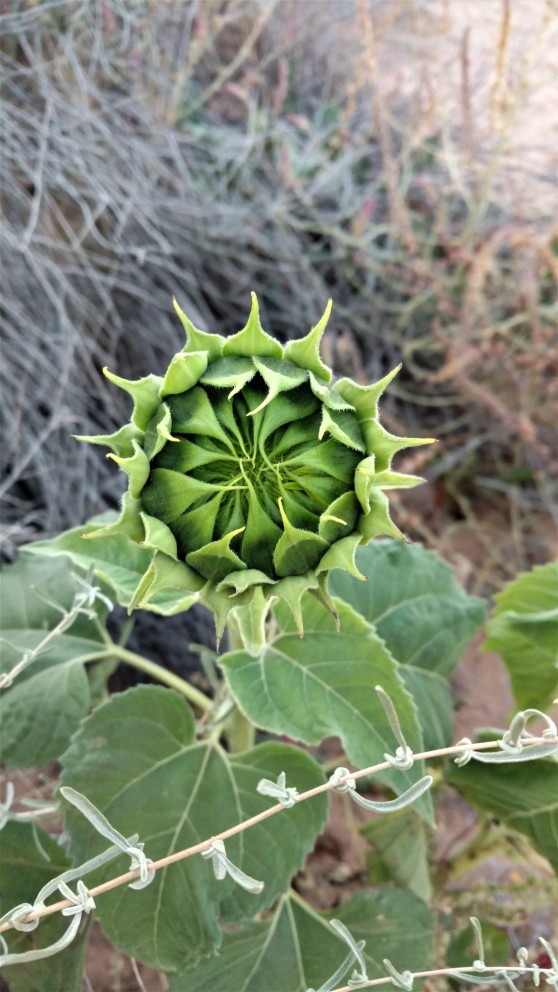 Sandia means “watermelon” in Spanish and you can see how this mountain got its name when you see it at sunset.

Having visited Sandia and Petroglyph several times, I always feel as if there is some kind of connection of communication between all the petroglyphs facing Sandia. This night there were light streamers visible above the mountain as the sunset behind us. 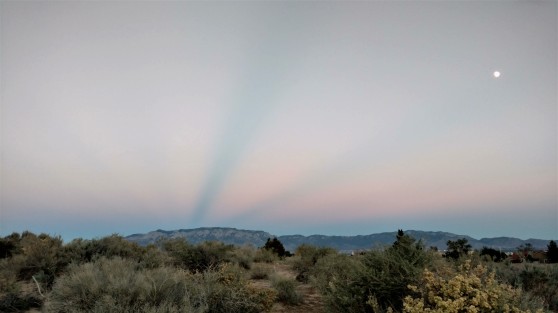 We went to visit our friends, Mike & Marie Pedroncelli and spent some time in their Sound Peace Chamber, built with consultation from Joseph Rael and based on his visions he had in the 1980s of building circular structures, half above ground and half underground where men and women come together to chant for world peace. There are over 50 chambers on four continents that have been built. 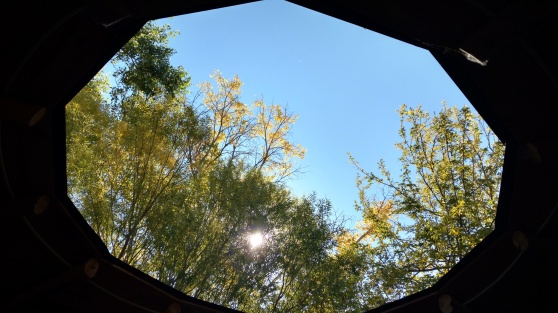 Lately it can feel like Peace & Truth are being eclipsed, that they are in danger of being crushed by separation, division, and the darkness of untruth and un-peace. I have been thinking a lot about choices that we all make as individuals and collectively and how those choices can be made from a place of self-centeredness or a place of interconnectedness. I have thought a lot about my social media and on-line presence. On the one hand I am an author of a book on self-care for clinicians (Re-humanizing Medicine) and a book on healing trauma and PTSD for veterans (Walking the Medicine Wheel). However, on the other hand, I see myself my work as being an advocate for human rights and for peace – these are the larger principles that my work with the specific books grows out of. I don’t want to contribute to further divisiveness in the world by expressing partisan viewpoints. I also don’t want to alienate my readers who hold a different political viewpoint than I do. My political viewpoint is not an end in itself, rather it is the best choice of alternative options given my larger and deeper conviction around peace and universal human rights. I come to the conclusion that when peace and human rights are threatened, it is my responsibility, in keeping with my larger and deeper principles, that I need to speak up. Choosing sides between political parties is not my purpose or intent, rather I am speaking up in favor of Peace & Truth, and speaking out about the abuses and manipulations of un-peace and un-truth (which might be more grammatically correct to say war/conflict and lies). Therefore, I will be writing about political topics when they are a threat to Peace & Truth.

I have been working with Joseph Rael (Beautiful Painted Arrow) who is an international advocate for peace through his vision of the Peace Chambers and his work to bring his vision into reality in the Americas, Europe, and Australia where these chambers have been built. I just spent a weekend visiting Joseph and we took a road trip across the high desert of New Mexico. We crossed the continental divide – that place where the waters fall either to the east or to the west, depending on which side of the divide they are on. The health and prosperity of the country depends on waters flowing both to the east or to the west. We have this continental divide in our country and we are continually called to try to “form a more perfect union” of the two sides of our country. There is an imbalance in the country if goodness only flows in one direction. There is a loss of peace when a “Me First” mentality tries to take things from others and tries to divide and separate the parts from the larger connection to the whole. The motto of the United States is e pluribus unum and this means “out of many, one.”

After my visit with Joseph I stopped at Petroglyph National Monument and walked around looking at all the different petroglyphs, estimated to date back 400-700 years per the park brochure. These different symbols and images were made by human hands and they still speak after hundreds of years, although we do not always know what they are saying. What I heard them saying was a reminder about our interconnection to each other and to the world around us. As I walked south, the Sandia Mountain was off to the east in the distance and I walked along a smaller ridge to the west covered with boulders which were in turn covered with these drawings of human beings long dead who were still speaking if we would listen. I heard about the interconnection of east and west. Joseph says that the east is our mental dimension and the west is our physical dimension. I could hear how the petroglyphs spoke out to and witnessed the rising sun and I could feel the correspondence between this small ridge and the larger Sandia. 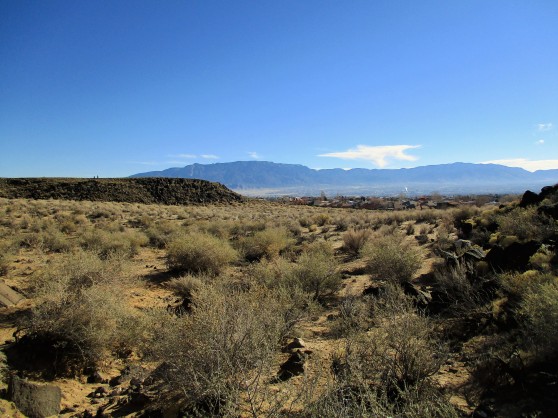 As I was going through the photos I saw the similarity between the cloud figure (above) and the petroglyph (below). Although I cannot tell you everything the cloud and stone were saying to each other, I can tell you it is ancient and it is about interconnection and our place in the world relative to all of our brothers and sisters, which includes not just all of our human brothers and sisters, but our brothers and sisters of the plants, animals, stones, and clouds. It is an echo of the dialogue between Father Sky and Mother Earth. It is a sacred song, a sacred story, and we would do well to listen to it.

First I walked from the spiritual north to the emotional south, as I walked this path, a road runner was scooting about in the brush. Eventually, I lost track of it, then heard it calling, perched up above on the rocks, silhouetted by the brilliant blue sky.

Joseph Rael describes the road from the north to the south as the “red road.” This balances out our usual black  road connecting our thoughts and the physical world (which we so often manifest through black top roads across our country). A little bird hopped around in the scrub to the east while the road runner called from the west. 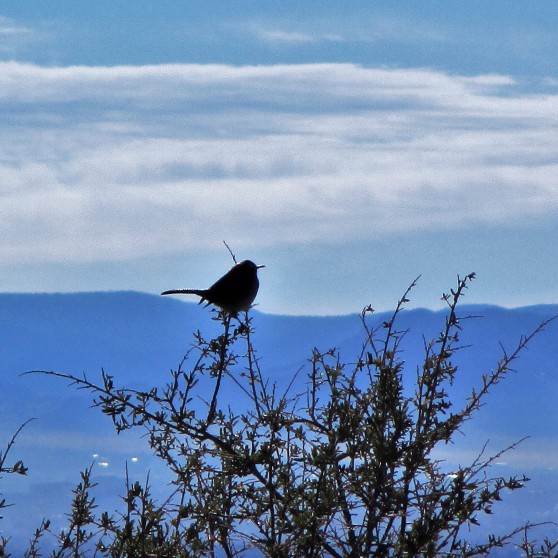 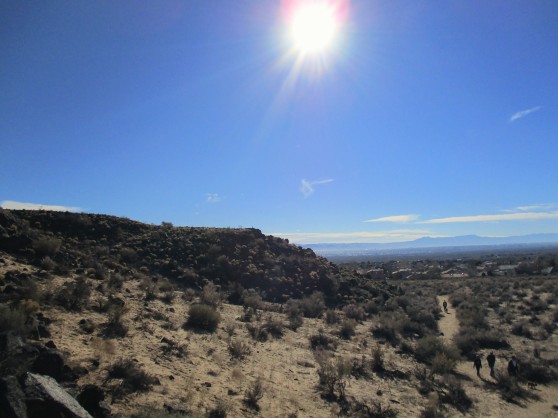 I was particularly looking for a rock that had a number of hands carved on it.  Joseph says that we are all “holy beings.” He says that when he was growing up on Picuris Pueblo, he was taught that all children were cosmic beings. An elder would talk about the stars in the sky and the sand grains on the ground and tell the children that they are cosmic beings, that they are the grains of sand just as they are also the stars in the sky – the children were taught that they were “cosmic beings” who were related to the earth and the sky.

I turned back around and started walking south to north. Now there were two road runners rushing about in the brush. Seeing a road runner is supposed to be good luck, and here were two of them running back and forth the path in front of me.

It was getting close to time for me to head home. Joseph says that in the Tiwa language, the meaning of the word “home” is “the self-loving place.” How well are we loving ourselves – not selfishly, but selflessly, loving ourselves in a way that includes love for our human brothers and sisters, for our animal and bird brothers and sisters, for the stones who are our brothers and sisters, and for the Earth and Sky which are our parents? I can’t comprehend the current policies of the United States which seem more like the Divided States, that seems to value separation and division over unity, that seems to value conflict and threat over Peace, and that seems to value “alternative facts” over Truth. Joseph will often joke that people call him a shaman and he will say, “I don’t know about that, I just work here.” I guess that is the approach I am taking – I don’t understand why there is such an appeal in the United States for bullying, divisiveness, and conflict, but “I just work here,” and my job is to be seeking Peace & Truth. My job is to be speaking Peace & Truth. My job is to be walking Peace & Truth.