A Review of Alfred Ribi’s, The Search for Roots: C. G. Jung and the Tradition of Gnosis 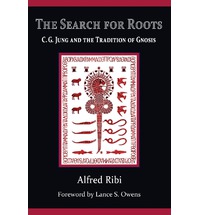 Gnosis is one of those terms that seem to mean many different things to many different people. Ribi defines it as, “Gnosis is not a ready-made system…It is the undeveloped potential of Christian myth…Developing this myth is a task for people of our own time. It is an introverted task, a personal task,” (ix). Through his study of Gnosis, as well as of Jung (even collecting the same books that Jung referenced in his own writings on Gnosis and alchemy), Ribi sees Jung’s goal as an example of the Gnostic introverted quest for divine understanding of self and God. Jung, himself, near the end of his life said that the main “interest of my work is not concerned with the treatment of neurosis, but rather with the approach to the numinous,” (7).

Lance Owens’ foreword to the 2013 English publication of the book, gives a nice summary of Jung’s inner life and writings, taking into account Liber Novus, The Red Book, published in 2009. This foreword is important as Ribi’s book was originally published in German in 1999 and thus did not have access to The Red Book at the time it was written. This personal journal of Jung’s connects the dots between Jung’s professional work in psychotherapy, mythology and alchemy with his own personal journey. The Red Book traces Jung’s inner development and experiences, from ages 38-54, which can be seen as the source material for his later works. The book itself takes the form of an alchemical or Gnostic text, a sourcebook of dreams and visions, illustrated with fantastic images. Ribi further describes Gnosis as “a spontaneous, creative phenomenon…always a fresh creation, a processing of material that to some extent is already known, but now newly organizing in novel ways and contexts,” (39). Thus The Red Book can be viewed as a Gnostic text, arising from Jung’s inner mind and spirit, a new creation, but also a reprocessing of age-old myths and material. There is no doubt that Jung studied the Gnostics and that he was sympathetic to the spiritual process of Gnosticism.

Ribi begins his book by examining the disagreement between Martin Buber and Jung over Gnosticism and ultimately, inner mystical experience. Whereas Buber considers Jung a Gnostic, and that this is a “bad” thing, Jung himself found in Alchemy and Gnosticism a link to a living, spiritual, inner experience that was the very meaning and purpose of life. For instance, Jung writes, “when I began to understand alchemy I realized that it represented a historical link with Gnosticism, and a continuity therefore existed between past and present. Grounded in the natural philosophy of the Middle Ages, alchemy formed the bridge on the one hand to the past, to Gnosticism, and on the other into the future, to the modern psychology of the unconscious,” (133). For Jung, Gnosticism is one example, as is alchemy, of the individual’s inner search for Self, the inner path to God. Ribi does resort to a form of “psychoanalysis” of Martin Buber’s childhood to explain his opposition to Jung, Gnosis, psychology, and inner, mystical experience. This personal analysis is worth considering, even though it does not always come across as balanced, but in the end is not the most important point. Ribi illuminates the rift between Jung and Buber as part of a larger debate between inner and outer experience, which can be cast as an example of the debate between the tradition of organized religion and the experiences of the individual mystic. To someone within a religious tradition, the individual mystic’s journey often appears heretical, as it is by definition, individual, new and creative, rather than being defined in terms of tradition and orthodoxy.

Through the remainder of the book, Ribi traces Jung’s life’s work through different phases and highlights the role that Gnostic beliefs played, for instance in the writing, in 1916, of  The Seven Sermons of the Dead, Septum Sermones ad Mortuos, with its Gnostic imagery and terminology, it is a mythopoetic text, more spiritual than psychological. Ribi’s examination of this text takes up the remaining 120 pages of his book and it closes somewhat abruptly, without a summing up of the overall book. Still, this book is a very interesting and rewarding read of Gnosticism; the personal relationship between Jung and Buber as it mirrors a larger spiritual/philosophical debate; and as an exploration of the role of Gnostic thought in Jung’s work. In the end, it is probably more true that Jung was not simply “a Gnostic,” as it was that he studied Gnosticism as one of the ways to strive after inner Truth. As Jung writes in the Seven Sermons, “At bottom, therefore, there is only one striving, namely the striving after your own being,” (210).

2 thoughts on “The Tension Between Outer Religion (and Psychology) and Inner Mysticism: Jung, Buber and Gnosis”