Zealandia is a natural species habitat in Wellington. It is fenced in and all the non-native species have been trapped and removed. Native species, such as Takahe and Kaka have been introduced and are doing quite well. In fact, I read a newspaper article that the Kaka are doing so well that locals have complained that they are flying out of the preserve and eating up the fruit trees in people’s backyards! 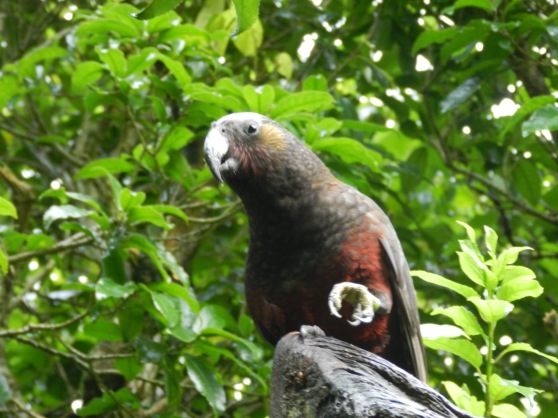 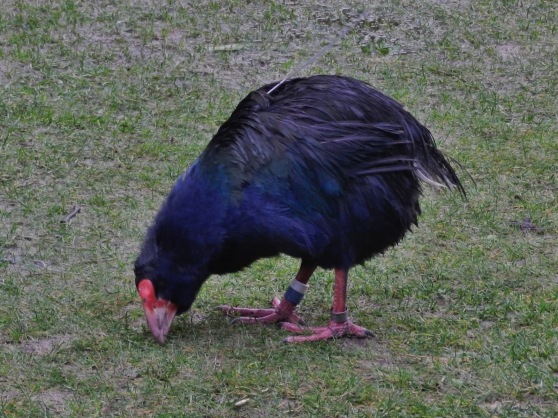 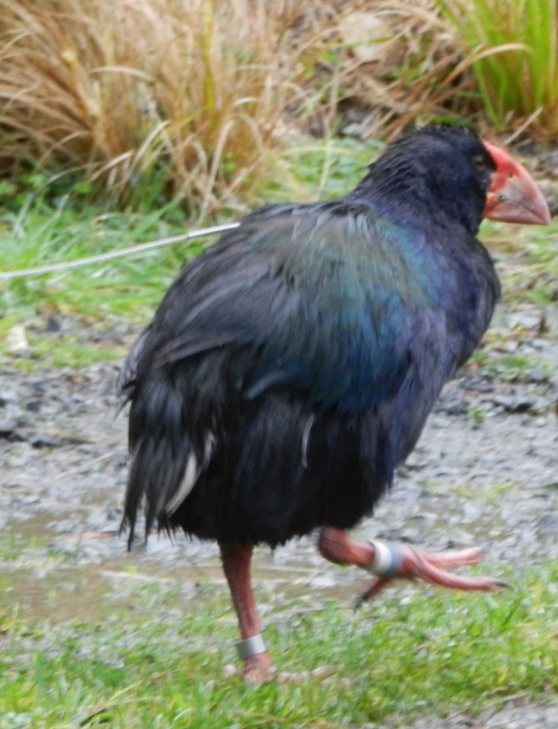 Takahe on the move

It was very rainy in Wellington when we were there, but there was a brief reprieve while we were at Zealandia.