One of the first things I wanted to do when we moved into our flat was to get over to Rangitoto. Every morning I look out at it and feel it beckoning. Well, it took almost a year and a half to get there, but I kayaked over this week! 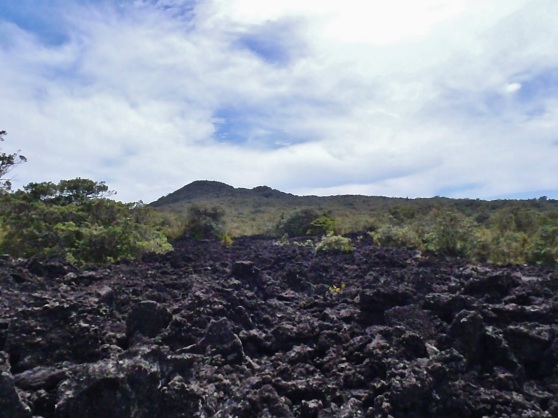 The trip over was great, the 6 km. didn’t seem like too much work. Then we hiked up to the summit and that was a nice walk after being in a kayak for about an hour and a half. There is a lot of lava rock and very little soil there and it is very dry. I took a few photos and enjoyed the hike. 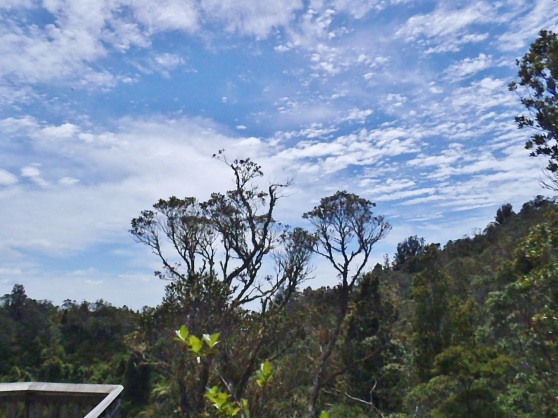 However, I was involved in another helicopter med-evac. One of our party developed breathing problems that continued to fluctuate over time and I talked with the tour guide, a great guy, about that it was safest to not have her kayak back and to get med-evac’ed off the island. This is the second time I have been off on a holiday trip to an island and gotten involved in a med-evac. I am starting to think I either need to do some wilderness medicine course or stop going out to the islands!

The trip back was really choppy and I was greatful for the skirts we had to cover the opening of the kayak, otherwise, we would have had a lot of water on board!  I also had to swap out mid-way with another kayaker.  Our guide was concerned that two of our party (we were in tandem kayaks with two people per boat) were falling behind in the wind and waves and he wanted to put a stronger paddler in that boat.  He had mentioned we might do this if necessary before setting off, but I couldn’t really imagine how you would swap paddlers in the middle of the water – but here is what we did, we formed a raft of several kayaks with people holding on to the one next to them.  This stabilised the kayaks.  Then one person (me) climbed out of my seat and sat further back on the kayak.  Then the other person climbed over and into my seat, and then I switched over to her seat.  It all went smoothly, but as I was going across, a little more space opened up between the kayaks than I would have really wanted and I was closer to “sitting” in the water than I wanted to be.  The paddle back was gruelling and I felt hung-over the next day from the exertion.  We got a late start and the wind and waves were pretty strong.

So, I made it to Rangitoto, the crater was smaller than I thought it would be. I got to kayak. I do have to say that I was a little less enthusiastic about running out and buying a kayak after that paddle, though….but we’ll see…