I took a recent trip to Hawaii for the American Psychiatric Conference. I hadn’t been to that particular conference in awhile, but I was really glad I went to this one. I met up with some old friends, caught up, and had a generally great time. It was also the first time I had been back in the US since moving to NZ. Hawaii was actually a good entry point back into the US, since it also has somewhat of a Polynesian culture blended with typical US culture and that made the transition from NZ, which also is influenced by Maori and Polynesian culture, back to the States smoother. 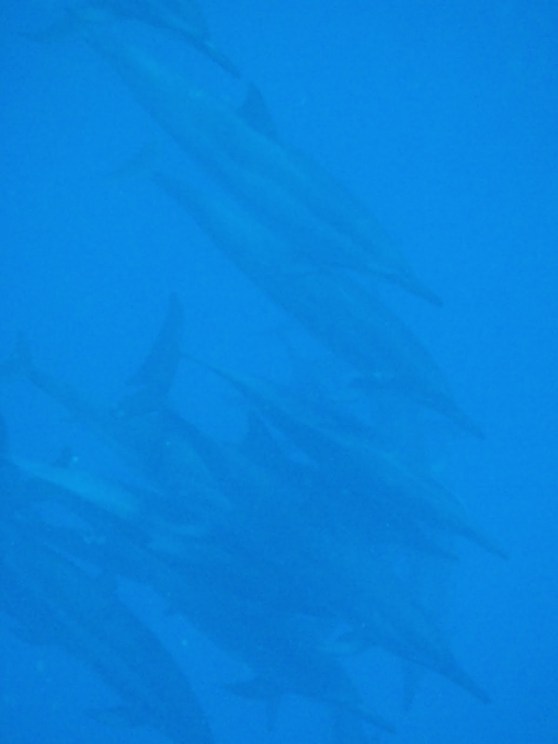 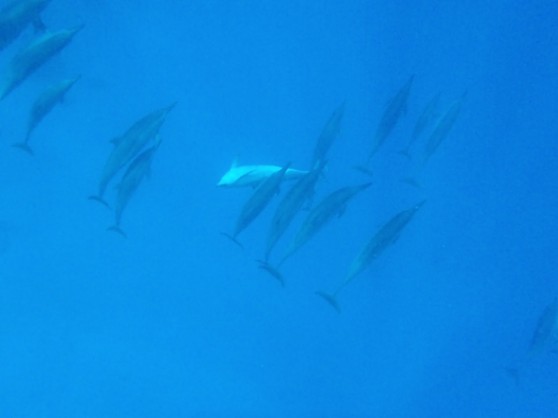 I met up with a friend who I told about my experience of “swimming with the dolphins” in NZ. I had anticipated doing this even before we arrived in NZ, but the experience here wasn’t all mystical communing with nature, but more akin to struggling to keep afloat in cold, choppy water while the crew of the boat alternatively yelled, “swim, swim,” of “dive, dive,” or “come back, come back.” The experience started by being told the water wasn’t that cold, so we didn’t need wetsuits. We then strapped on this strange snorkel gear that I had never worn before. Then we jumped into a big net in the water and the boat took off, plastering my flippers against the net as if I was some strange bug smashed on a windscreen. Then came the yelling and the swimming and the swallowing salt water and trying to figure out how to work the snorkel gear. I never even saw a dolphin while I was in the water, although an English couple I had been talking to earlier, told me that there was a dolphin right by me several times. I joked it probably sensed I was in distress and was trying to figure out if it should rescue me!

So, 6 months or so later, I went to Hawaii. My friend there said that I definintely needed to have a “corrective emotional experience” with the dolphins and said that she routinely swims with dolphins in several bays not far from her home. So, on a bright, sunny day, with smooth clear water, and a chance to figure out how to work the snorkel gear without some yelling, “swim, die, come back,” at me, I did have a corrective emotional experience. Plus, I got to try out my underwater camera that I had bought in the States, anticipating that I would be spending a lot of time underwater. 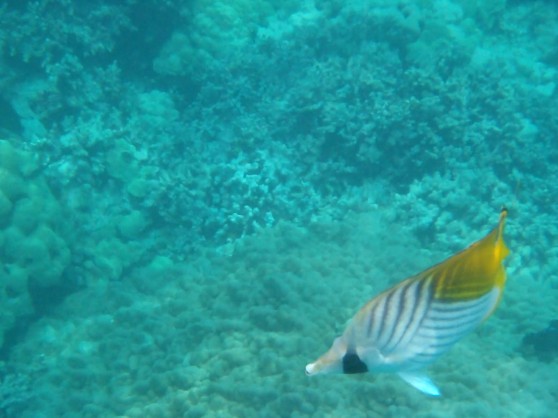 We went swimming in two different bays and saw dolphins in both of them. The second bay, a dolphin came right up and looked at me, my friend said as if it was posing for a picture. Well, I didn’t quite get the picture (as you’ll see), but the image of the dolphin coming right up to me and looking at me was really something else and tell you what, seeing all the beautiful fish while snorkelling was a bonus! Hope you enjoy the photos….Oh, and I got a new camera with a higher power zoom, so I won’t have to say, “see that thing that looks like a tall rock in the rocks?  That is a penguin.” I’ll post those photos soon, once I upload them, but no penguin photos yet, maybe next time we’re out on a cruise in the gulf….