In a lot of my life, I have felt like I didn’t fit in, yet it is a natural human impulse to fit in and be part of the group. In the cross-cultural psychology/anthropology class I took in college, much of it involved looking at how individualistic a person or culture was compared to how collectivist a person or culture was. The dimension of individualism valued individual achievement, accomplishment, separation from the group, and individual goals over collective or group goals or norms. The dimension of collectivism valued group cohesion, social norms, and a person’s sense of identity was achieved through the group rather than in separation from the group in the individual. I find myself thinking of these categories as we have been in New Zealand these past 3 months.

Maori culture definitely seems very collectivist in orientation. I have read some of Mason Durie’s books (a Maori psychiatrist) and he writes about how Maori people get there sense of identity from their whanau (family), as well as from their larger tribe, and even from their connection to ancestral land. The context of identity is the collective group and even the context of relationship to the land. New Zealand Europeans (as those born in New Zealand, but of European ancestry are called) are more individualistic, but seem more collectivist than people from the United States. Kiwi culture is much more group oriented and even socialist in orientation. New Zealand prides itself on being the first country to grant women the right to vote, they are also the first or one of the first countries to establish a modern social welfare system of health care, financial and medical support for those injured in accidents (ACC), and sickness, disability, unemployment, and retirement benefits. There is much more of an emphasis on collaboration and personal relationships in organisations and in decision making.

A dark side of this collectivist orientation in Kiwi culture is what is called the “tall poppy syndrome,” in which anyone who dares to stand out or stand above others is mercilessly cut back down to size. It is a sort of regression to the mean, which, from the outside, can seem like Kiwi’s value something other than excellence, or being the best at something (quite the contrast to the “we’re number one” collective mantra of Americans).

The logical outcome of someone from a more individualist country coming to a more collectivist country is a culture clash or culture shock. The individualist speaks up frequently, trying to constantly figure out ways to make the system better, whereas the collectivists are more concerned with fitting in, not making waves, getting by without making a big fuss. On the one hand the collectivist culture seems more laid back, but can also seem anti-progressive. I realize that these are generalizations and that cultures and individuals have multiple motivations and values.

I was recently in a small group discussion of local psychiatrists. In our group of 7 people, only one was a born in New Zealand and trained in the NZ medical system. The other 6 of us were from across the globe, Asia, Europe, North America. One of the topics that came up in the discussion was how those of us from other countries try to balance fitting in and not making waves with our own cultural and professional values. Someone said something that really resonated with me, that in trying to fit into the Kiwi medical system, a person could be fitting into a dysfunctional system.

This gets into an area that a lot of people declare off limits due to “political correctness” and “cultural sensitivity,” that there is no better or worse, just different, but I am really not sure this is a valid way of looking at things and it seems to shut down any conversation between cultures by avoiding stirring up any conflict. When two (or more) cultures come together, there is inevitably conflict. The issue is how the conflict is handled that is important rather than pretending there is no conflict. Conflict is when two people or groups come into communication with each other and they realize that they have different assumptions, perceptions, motivations, expectations, and goals than the other. The conflict is the sign that communication and interaction are occurring, albeit in an inharmonious way. The transformative issue is in how this conflict is managed, whether it goes into war, aggression, genocide, discrimination – or whether it is channeled into dialogue, conversation, attempts at understanding, and, most importantly, whether or not the two can develop a shared language or culture which holds together the interactions in a socially acceptable way.

I remember reading about a word, that I cannot now recall, that was used in the former Yugoslavian areas of Bosnia. It was a word that was a kind of glue that seemed to hold disparate people and groups together, even though there were generations of past conflict and genocide. This term spoke to a kind of social cohesion and acceptance of difference between a humane society. The fact that this society fell apart into genocide and war, does not negate the importance of this concept.

The medical system in New Zealand is now staffed by 40% international physicians. New Zealand, and particularly Auckland, are taking in people from all over the world, immigrants looking for a better way of life, professionals interested in something different for a brief stint of work, and refugees from many of the worlds conflicts. Auckland is the largest Polynesian city in the world. It is also a very diverse city with 30% of its residents having been born outside of New Zealand. The question of fitting in will be a big one for not just the medical system within New Zealand, but for all of New Zealand.

On a more personal level, I find myself re-visiting this question of to fit in or not fit in. I have always been comfortable gravitating toward the fringe in different ways, whether it was punk/new wave music, mysticism, spirituality, the philosophical problem of nihilism, psychiatry, trauma studies, holistic medicine, or energy healing, many of my interests are often not valued or are actively disdained by the larger cultural group. Physicians tell psychiatrists they are not “real” doctors. Many main stream physicians say that holistic physicians are not true scientists or “real” doctors. To study trauma and to treat people who have been traumatized is often not popular. Even amongst holistic doctors, energy healing is often seen as a fringe field. You would think by now I would be comfortable with an outsider role, but here I am finding myself desperately wanting to fit in and to be accepted. Yet this is problematic because I am a restless, outspoken American who has high levels of professionalism and ethics, who believes that holistic medicine means looking at not just the holistic dimensions of a particular patient, but also the social context and the context of the health care delivery system. Additionally, it seems almost impossible for me to shut off the part of me that wants to make things better when I come across a problem. (I suppose the cultural critique of this last issue could be that I go around looking for problems instead of seeing the strengths in a given system.)

I guess this desire to fit in is always a part of me. In some ways, this experience of moving to New Zealand and practising psychiatry reminds me a little bit of that strange cultural soup of high school, where kids were continually forming, remaking, and revising identities and social structures. I can remember desperately wanting to fit in while at the same time rejecting and disdaining many of the shared cultural values of a small high school.

I guess I’ll close this blog with a few queries. How important is it to be accepted by a group? How important is it to be true to your inner self and your personal ideals and ethics? How does one balance the rules of the group with the drives of the individual? How does one find a place in the collective world, while at the same time following their own unique path? How does one come to terms with the fear that they may not fit in anywhere in the world? Is it possible to be one’s self without becoming isolated? Is it possible to fit in without blindly conforming? Is being an individual and being an accepted part of a group a tension that can be transformative as well as potentially destructive 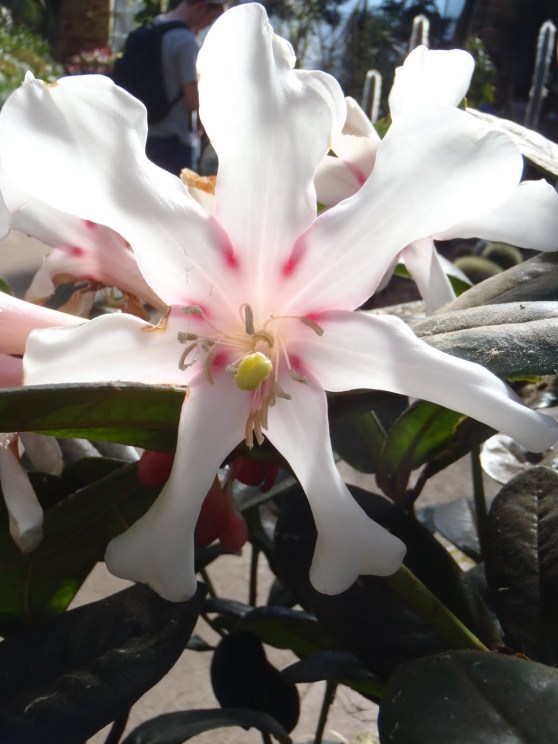